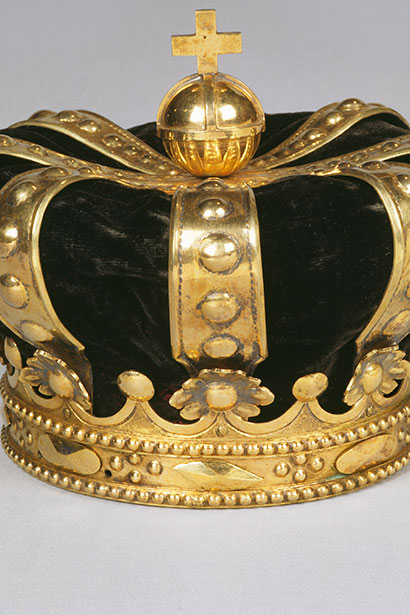 When Queen Lovisa Ulrika died in 1782, King Gustav III had a funeral crown made. The crown was intended to be placed on the queen's coffin, and is still used to this day in connection with royal funerals.

Queen Lovisa Ulrika is remembered for establishing the Royal Swedish Academy of Letters in 1753. She was also a patron for artists.

The regalia, the baptismal font and the coronation cloak can be seen in the Treasury at the Royal Palace of Stockholm.

FACTS
Made: Made for Queen Lovisa Ulrika's funeral