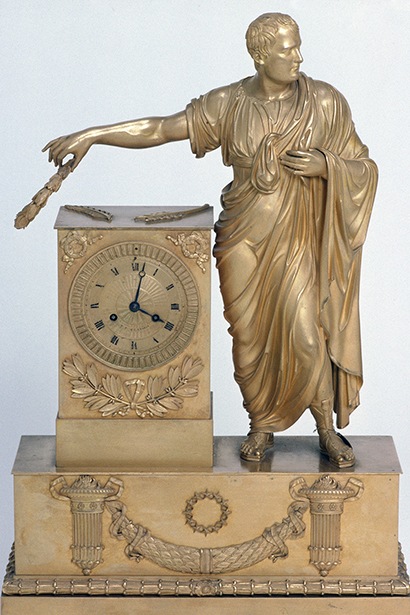 This table clock was made in Paris in the 1820s for the bronze agent Frères Pessoneaux & Colomb. It was purchased for the Red Drawing Room at Rosendal Palace, where it has remained ever since. In contrast to traditional bronze manufacturers, Frères Pessoneaux & Colomb acted as an agent and subcontracted out production. Hence, the initials F.P. & C. on the face do not refer to the clockmaker, who is unknown.

Sulla was a Roman commander who reached the highest levels of power through his own personal qualities. The Red Drawing Room is also home to a clock depicting the Roman commander Marius.