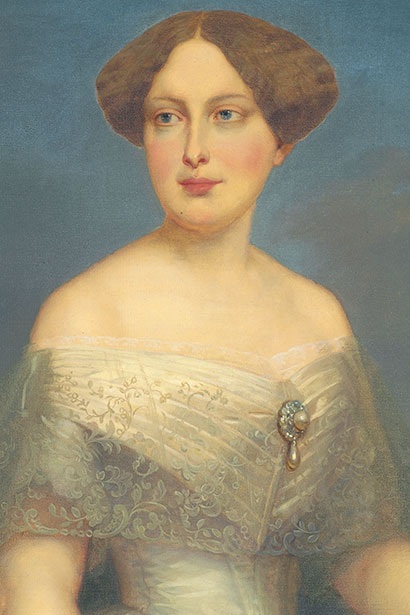 She was chosen as a suitable bride for the heir to the Swedish throne, Prince Karl. Minister of Foreign Affairs Ludvig Manderström began negotiations in 1849, describing her "excellent upbringing and good character".

The wedding took place in June 1850, and her official name became Lovisa. In 1859, she became Queen of Sweden and Norway. Lovisa and Karl XV were very different, and their relationship was never particularly happy.

Lovisa devoted much of her time to charity work, and was the patron and founder of many associations. These included Crown Princess Lovisa's Asylum for Sick Children, the General Institute for Deaf-Mutes and the Blind, and the Five Öre Association which opened a children's home in Lappland.

Portrait after a copy by Nicaise De Keyser, 1850, oil on canvas.