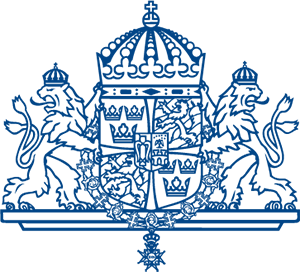 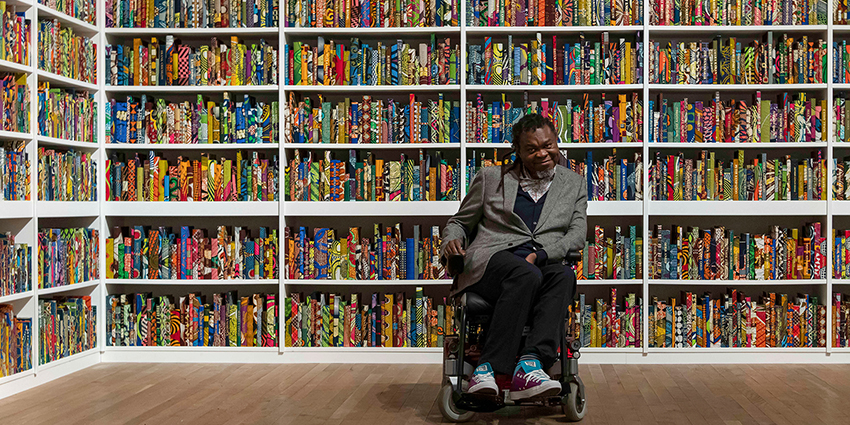 Princess Estelle Cultural Foundation is pleased to announce the artists of this year’s exhibition at Royal Djurgården in Stockholm: Yinka Shonibare CBE. Shonibare’s sculpture will be inaugurated on 2 June, and is the third in the permanent sculpture park that the Foundation, together with the Royal Djurgården Administration, is establishing in the Rosendal area.

Yinka Shonibare was born in London in 1962. He grew up in Nigeria and then returned to the UK to study art and has had an outstanding career since the early 1990s.

CBE is a title that Shonibare added to his name two years ago, when he was awarded the decoration of “Commander of the Most Excellent Order of the British Empire”. This is just one of many prestigious awards he has received over the years. He was shortlisted for the Turner Prize in 2004, became a member of the Royal Academy in 2013 and is represented in several of the most important art collections around the globe. Shonibare has participated in the Venice Biennale, documenta XI, and in international exhibitions at leading museums worldwide.

Through painting, photography, performance, film, and sculpture, Shonibare uses citations of Western art history and literature to explore the validity of contemporary cultural and national identity within the context of globalisation. His trademark material is the brightly-coloured batik fabric that today is considered authentically African despite having a completely different origin. The fabric was, in fact, inspired by Indonesian designs, mass-produced by the Dutch in the 19th century, who eventually sold them to European colonies in West Africa. There, the textiles became very popular, which ironically led to them to becoming a symbol of African identity and independence in the 1960s.

Shonibare, who calls himself a “postcolonial hybrid”, explains that the pseudo-African cotton batik can be seen as a metaphor for migration. “The material has the ability to be Dutch, Indonesian and African at the same time. For me, the fabrics are a symbol of cross-cultural connections.”

Sara Sandström Nilsson, director of the Princess Estelle Cultural Foundation, adds, “Most cultures have evolved from several, people are multifaceted, and therefore it is important to challenge stereotypical notions of ethnicity. We hope Yinka Shonibare’s new sculpture and our collaborative activities will inspire many exciting conversations and insights.”

The sculpture, which will be installed in the Rosendal area, can be seen as a continuation of a journey that began in 2004, when Shonibare had a IASPIS scholarship in Stockholm (The International Artists’ Studio Program in Stockholm). During his stay, he created a work for Moderna Museet in the form of a giant model of the famous 17th-century ship Vasa in a bottle. In 2010, Shonibare made a similar replica, “Nelson’s Ship in a Bottle”, which was displayed on the fourth plinth in Trafalgar Square, London. In both works, the white sails are replaced with batik fabrics, and it is these motley textiles that also inspired the new sculpture at Royal Djurgården.

“To have the opportunity to make sculpture in the public space feels extra important. You can engage people in so many different ways. Unlike institutions that can sometimes be considered elitist, public art is accessible to everyone, and that’s something that’s important to me,” says Yinka Shonibare.

The Artistic Council’s motivation for 2022 reads:
“The works of Yinka Shonibare can be perceived as playful and seductive, but beneath the surface they carry layers of history. Shonibare is a storyteller, and his personal language is the fabric prints that, despite other origins, have come to epitomise an entire continent. By questioning our traditional cultural codes, Shonibare highlights complex global relationships and conveys a new picture of the ingrained and self-evident.”

Opening 2 June, 2022.
A programme of educational activities and events will be offered until 25 September, in collaboration with other institutions; Drottningholm Slottsteater, the Embassy of Nigeria, the Konstfack University of Arts, Craft and Design, Liljevalchs, Moderna Museet, Nationalmuseum, Rosendal Garden, the Stockholm School of Economics, the British Embassy, the Museum of Ethnography and the National Museum of Science and Technology in Stockholm

Read more about the sculpture park

Information and Press Department of the Royal Court
press@royalcourt.se